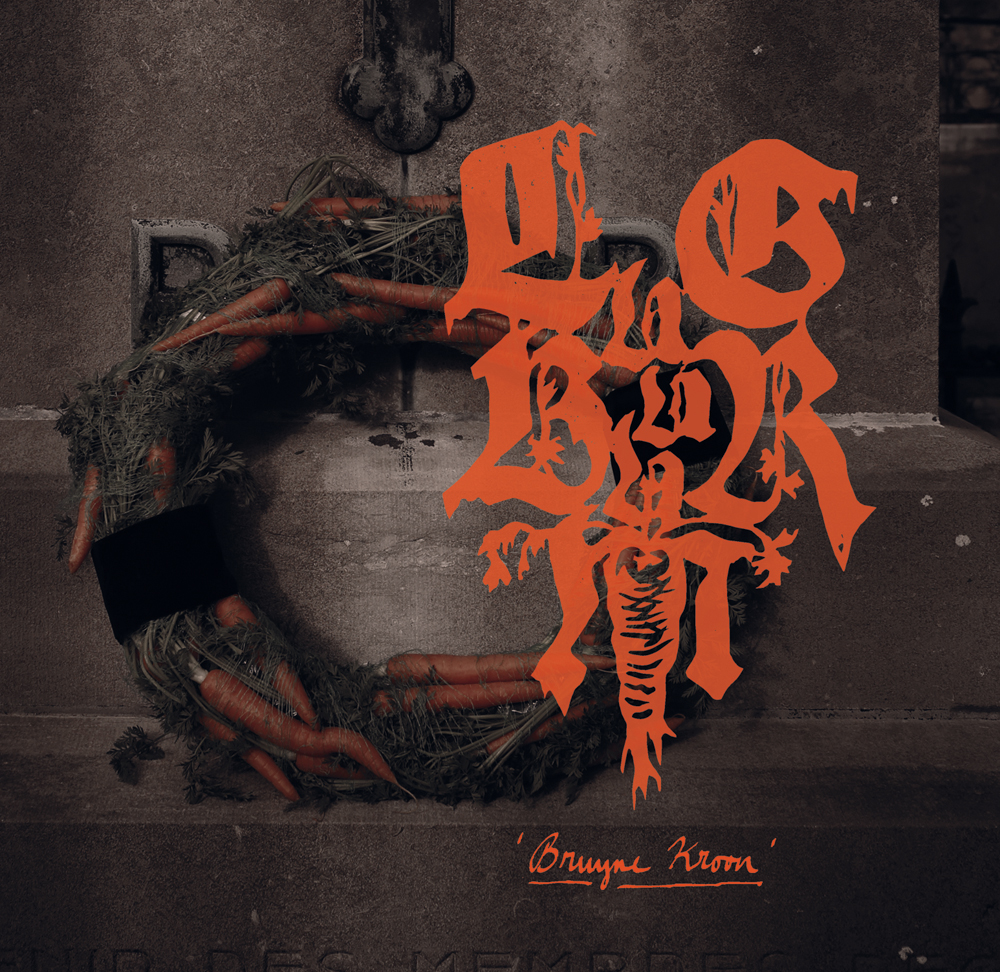 New album "Plage Chômage" is scheduled for release in february 2020

This show will be your first chance to hear material for the next album, entitled "Plage Chômage" !!!!!

WAKAR CARTEL out now on Aphelion Productions (LP) and Those Opposed Records (CD)! 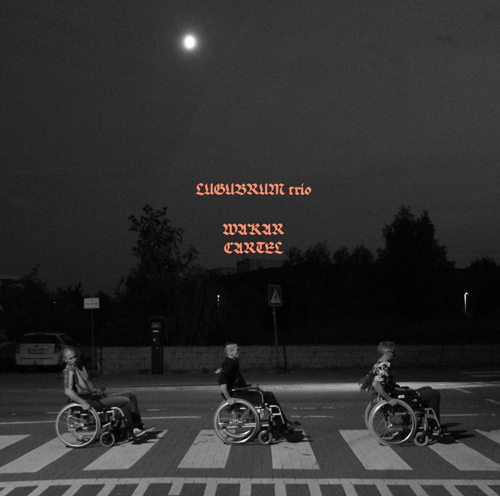 Lugubrum trio back on the road! From the 'Wakar Cartel' photo shoot by Storm Calle. 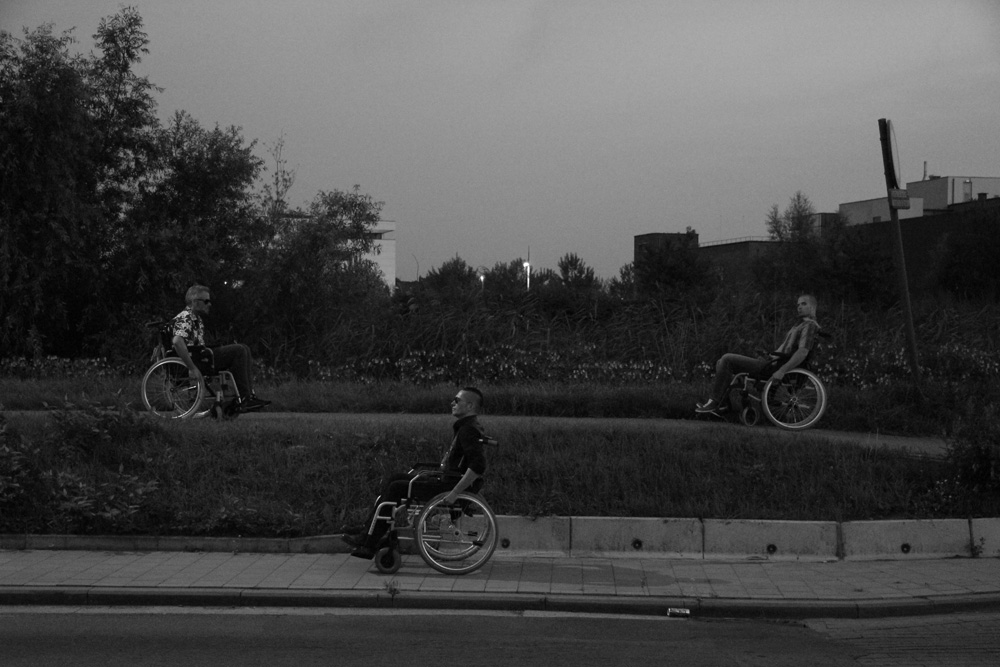 Recordings for 'Wakar Cartel' are mostly finished, there are some vocals and percussion still to be done.

Working on a new freeform album! Yes, it will feature lyrics about Aalschuim, what did you think?

Meanwhile, read this http://yourlastrites.com/articles/989/pass-the-carrots--please
Thanks to Michael Wuensch for this accurate and original re-write of our discography. 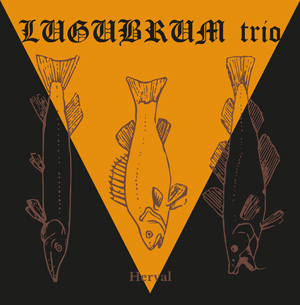 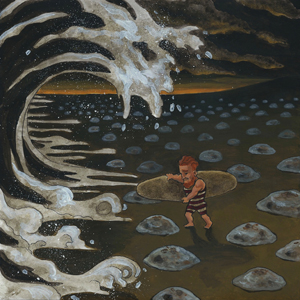 LUGUBRUM will play at Veneration of the Dead, Rotterdam on saturday April 4th 2015!
https://www.facebook.com/venerationofthedead
- 24th November 2014 -

BARDITUS IS DEAD! LONG LIVE BARDITUS!
Barditus has announced his retirement from Lugubrum.
Hails to him for a partnership of beer for 22 years. Brown blessings on your new path!
Lugubrum will continue their exploration as a trio.
'Herval' will be the first album in this line-up.
Midgaars will take over the vocals, like he did on 2001's 'Bruyne Troon'.
- 1st October 2014 -

Now there's an offical https://www.facebook.com/lugubrum hosted by Noctiz.
Check it for latest news and all kinds of crap we don't want on this nice site.
- 9th August 2014 -

After 20+ years on the low road LUGUBRUM have finally arrived in Scotland!

Two exclusive shows will be played: 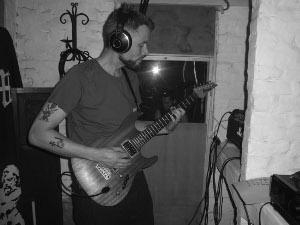 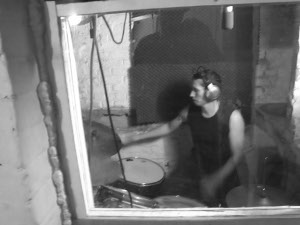 Lugubrum have started recordings for the new album 'FACE LION FACE OIGNON'!
CD version will be out in late winter on Those Opposed records.

Extracts from the Albino de Congo album were added as a medley on the samples page.

The discography page was updated with info on the recent N.O.I.R. split LP, released by Those Opposed Records. Lugubrum is featured with 3 live tracks.

Lugubrum will play at Sinister Howling Fest at Speyer (Ger) on september 19th, the only chance to see the band live this year. Band members are enjoying themselves with several other projects (Acromegal lives!!!) and even some new Lugubrum material is written. No recordings are planned, though.

Press statement by Midgaars: 2007 has been a year of trial and setback for Lugubrum, since the release of ‘de ware hond’ every member of the band has suffered from one physical breakdown to the next, resulting in treatment, amputation, medication and a temporary or even permanent alcohol prohibition! Adding the loss of our headquarters and desertions from the ranks, Lugubrum’s continuation was hanging by a thread...

However, like a dung beetle seeing its precious ball of manure rolling down the mountainside, we went all the way back down to retrieve our treasure and start again, against all odds.

The old guard (Barditus, Midgaars and Svein) injected young blood into the worn veins in the shape of Noctiz (Gotmoor, Paragon Impure, Dead Inside) who will be handling the bass from now on. This line up will perform live for the first time at the final Waking the Dead Festival in Arnhem (NL) on 22/12/07 and in january they will record the new Lugubrum album ‘albino de Congo’.

Old Grey Hair’s schedule has consequently been delayed, releases will continue in 2008, when and in which order will be announced later on.

Untill then; MEDICATE US OR DIE!!!

In 2008 Lugubrum plan to re- capture Belgian Congo... with Boersk Blek Metle!
The band’s 8th full length (follow-up to the widely acclaimed ‘de ware hond’) entitled ‘ALBINO DE CONGO’, will be another daring expedition into the heart of brown-ness and is scheduled for live- recording in a Kinshasa based studio, late 2007.

'DE WARE HOND' was released and is available through Old Grey Hair. Check the discography and lyrics pages for info.

Check out the reviews of the 'Live in Amsterdam' release by Terrorizer, Aardschok, Guts of Darkness and Aquarius Recs.

Awaiting the official release on Old Grey Hair recs., a sample of the 'Live in Amsterdam : Trampled Brass / Midget Robes' was added, together with a tracklisting and more info on the discography page. 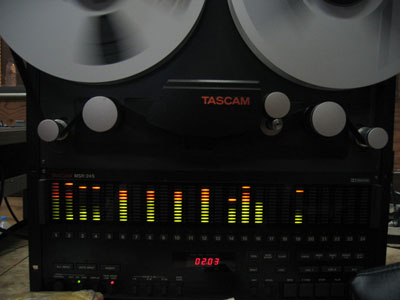 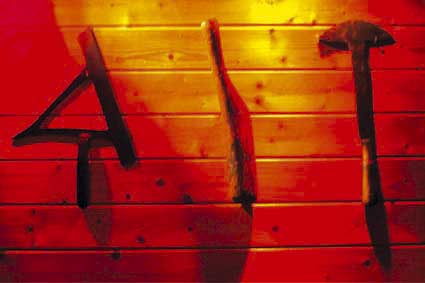 Last month, Lugubrum moved out to a cabin in the Ardennes and recorded the majority of their 9th work, entitled ‘DE WARE HOND’ ; no overdubs or special effects, but live, trancelike sessions featuring the band on highest levels of possession, haunted by ancient spirits... A sequel to ‘Heilige Dwazen’ only in the philosophical sense, the music takes yet another turn into the unexpected... due for release on Old Grey Hair Records in early ’07.

Out next month on OGH: ‘Heilige Dwazen’ LP.

‘Heilige Dwazen’ was reviewed in Terrorizer issue 142, read it here.

There's a first review of 'Heilige Dwazen' from blabbermouth.net and the bio had an update.

Lyrics and discography info on the latest release 'Heilige Dwazen' was added.

Beneath Brown is Grey...: Old Grey Hair... Records?
In january all will be unveiled: the Beard will come home!
For now we offer you a new, exclusive Lugubrum shirt, black with carrot-orange print; logo + leaking beer barrel... Casual wear for the secluded alcoholic or the public masturbator...
Contact midgaars@hotmail.com for info.

september 24th: a Battle of Beards

Picture update from the shows in London and Amsterdam.

Amsterdam was great! Thanks to all the handicapped - and to a lesser degree the non-handicapped -
fans who showed up!

And Lugubrum is featured in the june issue of Ruis: www.kraak.net

In expectation of 'Heilige Dwazen' 's imminent release, here are the song titles for you to read and weep:

Furthermore, two samples from the album are added!!!

Lugubrum plays live at London's Underworld on march 7th! Support by Skaldic Curse and others.
www.theunderworldcamden.co.uk

A sample of 'De Vette Cuecken' was added.

The first video file is available.